A Hub for Creatives

Bubble Hub is here! A place for creatives to get a 5 minute slot on Big Bubble to promote a project accompanied by a some content here with links to your website or platform.
Listen to the segment:-
Bubble Hub on Big Bubble Radio 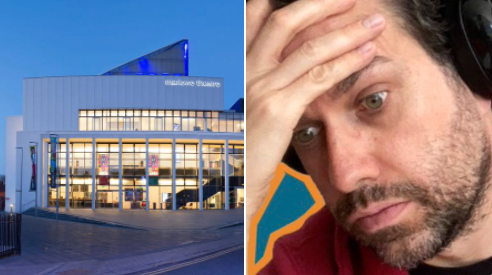 Big Bubble had the privilege of interviewing Michael Spicer back-stage after his one man show at the Marlowe in July 2021. Here is the result.

Ahead of his 2021 tour Michael Spicer: The Room Next Door - Hybrid Version provides an entertaining insight into the internet sensation of 2020. In this 60 minute show Michael Spicer talks about his life making comedy under the radar, his viral hits of the past and of course, brand new Room Next Door sketches.

Michael Spicer is a comedy writer, actor, director and the creator of the internet sensation, The Room Next Door, which recently made its American debut on The Late Late Show with James Corden. He has produced over 100 sketches and short films via YouTube and Twitter, achieving international media attention. His debut book, The Secret Political Adviser, was released this year.

The Beatles Complete On Ukulele 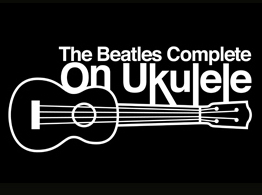 The Beatles Complete On Ukulele is a music project by David Barratt that incorporates re-recording and re-creating all original songs The Beatles ever recorded, with ukulele featured on each song.

Each Tuesday for four years from January 20, 2009 (the date of the inauguration of Barack Obama) to July 31, 2012 (the eve of the London Olympics), TBCOU uploaded a re-recorded version of an original song by The Beatles along with an essay discussing the recording. A ukulele is included in the arrangement of every song. Each song is performed by a different guest artist.

Listen to the segment:-
Visit "The Beatles Complete on Ukulele" website.

The Garden of Earthly Delights 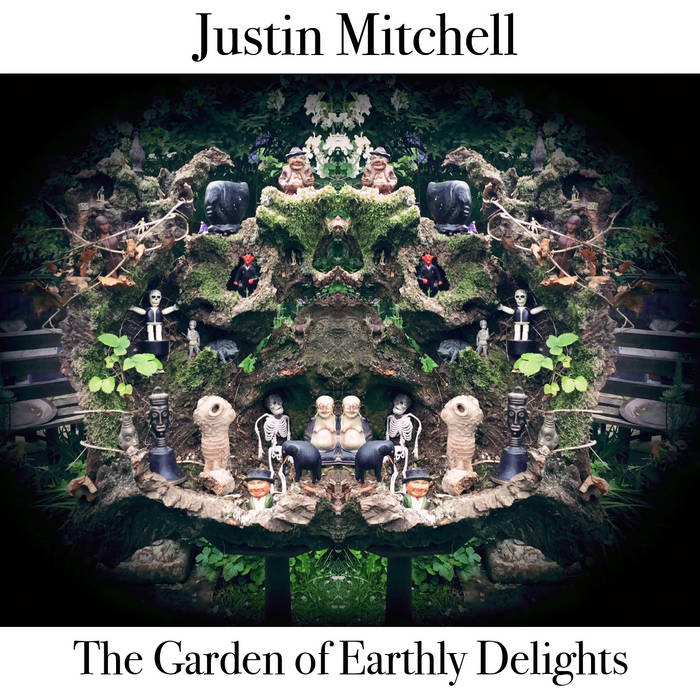 This album started a few years ago with some skeleton ideas for the tracks. I intended to enlist the help of some friends but, mostly due to the size of the room that I use as a studio, that never happened.

Consequently I filled areas of sound I wanted with anything I had to hand. The majority was done on a few keyboards, (Korg Sv1, Microkorg, Yamaha CS1X, vintage Bina Harmonium), various trumpets and horns, congas, percussion, tea cups, saucers and bits and bobs.

I hoped that it would develop an identity as it grew. Maybe a singular idea that would give it cohesion. And for a while it looked like it was going to be some sort of musical/zoological study, as animals seemed to feature more than once.

However, over the time period that this was made, we lost a few good friends and it dawned on me that the album had, largely, become a response to that indiscriminate plucking of life and the sense of loss that accompanies it.

Importantly it includes joy and I hope the overall feeling that is conveyed is one of thankfulness and playful positivity.

Listen to the segment:-
Visit Justin Mitchell on Bandcamp 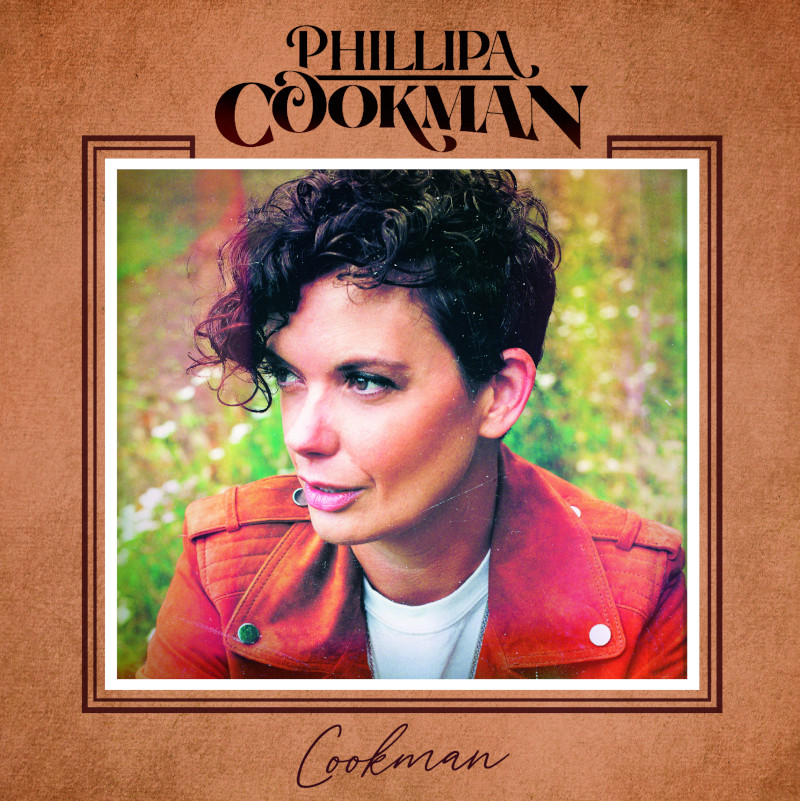 Phillipa Cookman has been a professional musician for 15 years. She has been fortunate enough to earn a living travelling and entertaining folks on stages around the world and although she loves performing and touring, itÃ¢â‚¬â„¢s kept her so busy that she's been able to use it as an excuse for years for not making her own album.

Then there was lockdown 2020, and like every other musician in the world, she suddenly had a lot of free time!

Phillipa's from a family of musicians, but this project is about just one of the talented Cookman bunch; her Dad, Brian.

A musician and composer, magazine designer, artist and T'ai Chi practitioner, Brian Cookman was accomplished at a lot of things in life. He was a pioneer of Desktop Publishing and helped launch Rolling Stone magazine in the UK. Most notably, Brian earned a reputation as one of Britain's finest exponents of Delta Blues and Jug Band music. Both he and his music were loved by all who met him or saw him perform.

Sadly he checked out far too early, he passed away from cancer in 2005, otherwise heÃ¢â‚¬â„¢d still be spending his time gigging, sharing his songs and making people laugh.

When Brian died, he left Phillipa and her three siblings a huge body of creative work, and for the last 15 years she had a nagging regret that more people didnÃ¢â‚¬â„¢t get the opportunity to enjoy the huge talent that was Brian Cookman.

So she's doing something about it. After her own recent brush with cancer and subsequent treatment she decided lifeÃ¢â‚¬â„¢s too short and to finally produce a record. With the blessing and help of her brothers and sister, Phillipa has recorded a selection of her DadÃ¢â‚¬â„¢s songs with the intention of sharing an album of his work with as many people as possible. His songs are excellent and deserve to be heard. The first single, Greasy Mabel, went to no1 in the UK Country Charts with the follow up single charting at no3. The album is released worldwide on the 27th November 2020.

People that remember Brian and his songs will enjoy hearing them again in a new way, and new listeners can fall in love with lyrics about life, politics, love, the American depression, waitresses and more. A blend of country, rock, Americana and DadÃ¢â‚¬â„¢s beloved blues, this album will be a unique celebration of his contribution to music, his family and his fans. 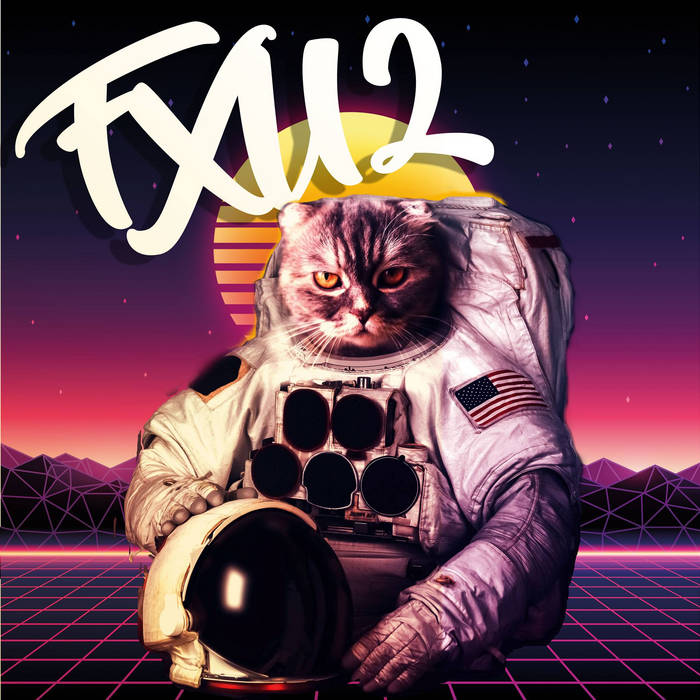 A second album. With not just three people but eleven sucked in to the FXU2 corporation.

Delving deeper. Those pristine electro beats circa '84 '85. You take Transistor Rhythm 808 sounds, a DX7 and a Strat plugged straight into the desk and there it is...sonic breadth untrammelled from the physics of air. There is nothing you can't do.

It was the still the grim 80's but in the latter half we were starting to realise that Thatcher wasn't going to rule us forever. Even if she was, then we were going to effing well dance. From pirate radio into the record shops and onto the clubs. Clubs! Dress up and up and up...solace and escapism, away from recession.

All music evokes time and place eventually. We all move on and do different things. Many of us made different music, more never made music again. This was my white socks and the Ford XR3i I borrowed from my girlfriend's brother, the gold chain worn outside my black polo neck, dancing to Phil Fearon & Galaxy and Total Contrast in Gullivers, where I always felt under dressed. I always was under dressed, but I worked with a girl called June who knew Delroy and Robin and she got me in for free.

Anyway, IÃ¢â‚¬â„¢m going to shamelessly filch the Total Contrast lyric; Ã¢â‚¬Å“It takes a little time to get it rightÃ¢â‚¬ï¿½. We never quite did but we tried.

Listen to the segment:-
Visit FXU2's "Cooling FX" on bandcamp

After 30 years as a professional comedian, playing to audiences in over 100 countries, ex soldier and persistent hitch-hiker, Nick Wilty started painting in 2017 while his file Maxine was undergoing cancer treatment. Using his comic mind and curiosity about the world, he began painting what some people would call surreal landscapes, generally in a acrylics and occasionally oils. Each painting has a story behind it whether it be something from the news or from his travels.

Described by Harry Hill as "Stunning, Amazing, Nick Wilty is a middle aged prodigy" and by celebrity photography Andy Hollingswoth "Fabousbly twisted work, you can feel both Dali and boyhood science fiction being stirred up in a tin in the corner of a creaky shed". 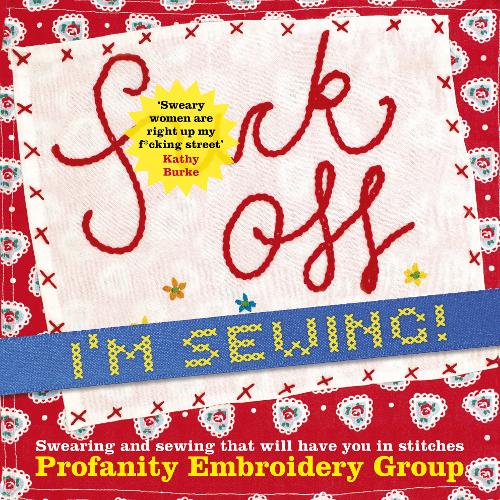 And amidst all the stitching and laughing, friendships flourished and beautiful, irreverent pieces of art were created, adding a contemporary flavour to the ancient art of embroidery.

F*ck Off, I'm Sewing! brings you the highlights and lowlifes of the Profanity Embroidery Group. Often funny, at times moving and always profane, their colourful embroidery will leave you in stitches.

Listen to the segment:-