OUR MAN IN THE TOILET.
My name's Justin and I’m on the radio.

Moved to Whitstable in 1986

One half of Totalpap, creators of 3d Papiermache pictures , based in Whitstable.

An artist unusual in the sense that he received an Ungraded for his art O 'level and then went on to make a career from sculpting and painting.

He displays an admirable lack of bitterness. 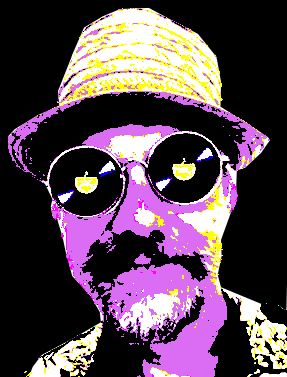